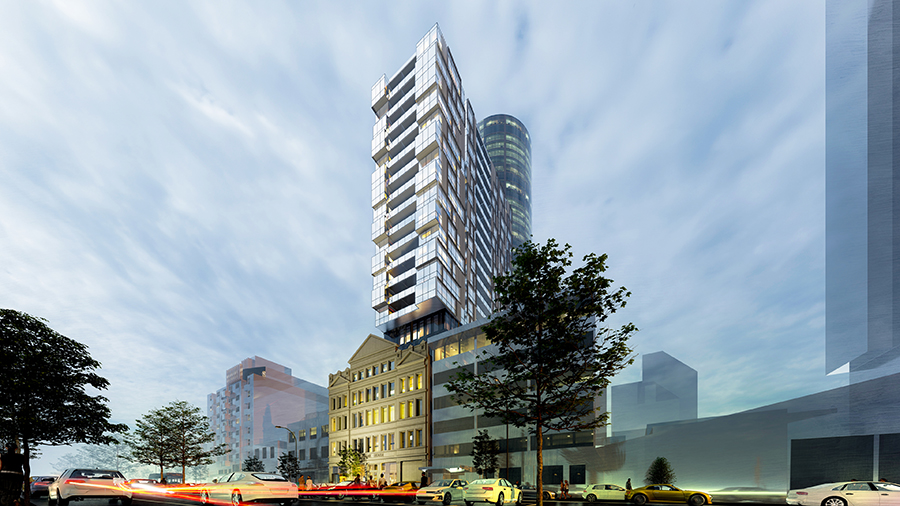 The ground floor includes a residential and commercial lobby and lounge that will encourage ongoing interaction to Franklin Street.

This latest redevelopment will add to the rich and varied history of the site, which dates to as early as 1859. At that time, the site was occupied by the ice works of James Harrison, the inventor of the refrigeration process. Harrison had moved his works from Geelong to the Franklin Street site, as the three tons of ice his machinery produced daily was in excess of the demands of the town. The site was occupied by the brick ice workshops of Ice Co., the Victoria Ice Works and later the Co-operative Ice & Refrigeration Association of Victoria, operating well into the 1880s.

By 1890, the site had been acquired by glass manufacturers and importers Ferguson and Urie. The company constructed the current four-storey warehouse building, designed by A E Duguid and built by William Rankine, which was completed by mid-1891. The company used the site to store and design their stained-glass pieces, which were manufactured in Curzon Street, North Melbourne.

By 1901 site was occupied by Keep Bros & Wood, coachbuilders and ironmongers. The company undertook works to the property in 1903, designed by architect David C Askew. Keep Bros & Wood continued to occupy the site until c. 1924.

The building was again altered in 1924-25 for its new life as a warehouse for importers and merchants Harrison San Miguel, operating similarly under fellow merchants Mauri Brothers in the mid 1950's and Stramit Industries by the mid-70s. 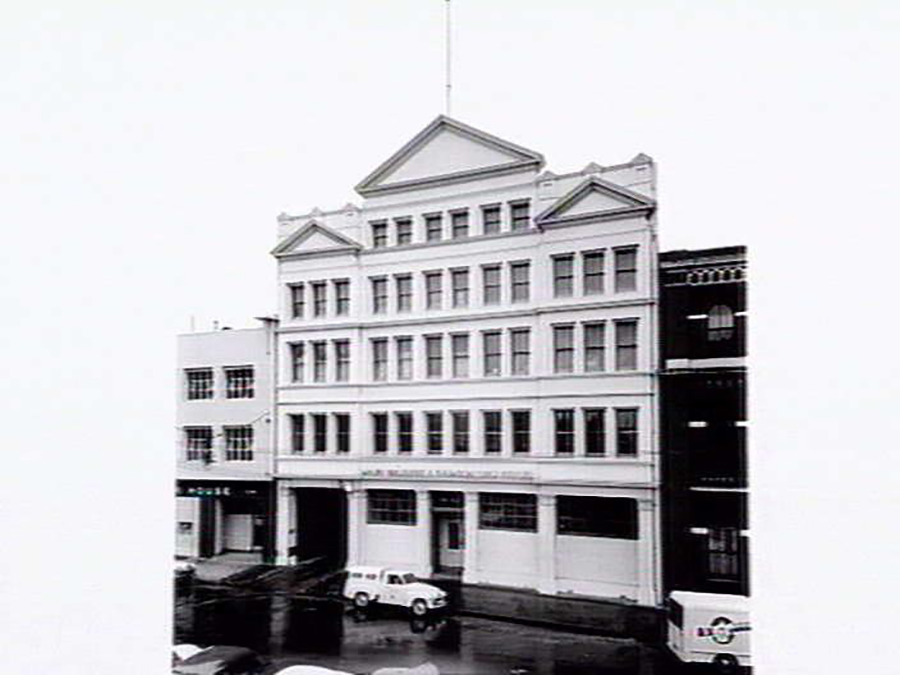 Designed to retain the original facade, the project has undergone numerous iterations to ensure it accurately captures the heritage of the site and the needs of Melbourne's thriving CBD. The initial application, lodged in 2015, would have featured an overall height of 58 storeys. However, following the introduction of Amendment C270, which introduced a mandatory maximum floor area ratio and mandatory built form requirements, the application was formally amended.

Council expressed their delight that the scheme has appropriately melded contemporary tower elements while still maintaining the presence and history afforded to the site by its historic façade.