Residential developer Burbank is selling its headquarters of nearly two decades, a historic five-storey building in the Melbourne CBD complete with approval for a 22-storey apartment tower.

Built in the 1850s, the building at 100 Franklin Street, not far from Queen Victoria Market, was bought at auction by Burbank in 2002 for $3.725 million. It hits the market with expectations of $25 million or more as the well-known housing company shifts operations to the city fringe.

"With the relocation of three key businesses within the Burbank Group being the Edge Studio, Burbank Urban and National Pacific Properties, to a new purpose-built facility at 551 Spencer Street, West Melbourne, the property has become surplus to our needs," general manager of development Ilya Iliadis said in a statement

The site was once home to refrigeration pioneer James Harrison's Victoria Ice Works and has been home to a coach-builder and ironmonger. More recently, under Burbank's control, plans were hatched for a residential conversion before that was abandoned in 2005 and deposits returned.

A more ambitious proposal was put forward in late 2015 involving partial demolition of buildings on the site and the creation of a 58-storey tower with 270 dwellings.

The timing was unfortunate. Before any decision was made on the plan, new planning rules were introduced to rein in the density of CBD developments. In response the project was dramatically truncated with approval granted for a 22-storey tower with 84 dwellings and nearly 4000sq m of commercial space, council records show. 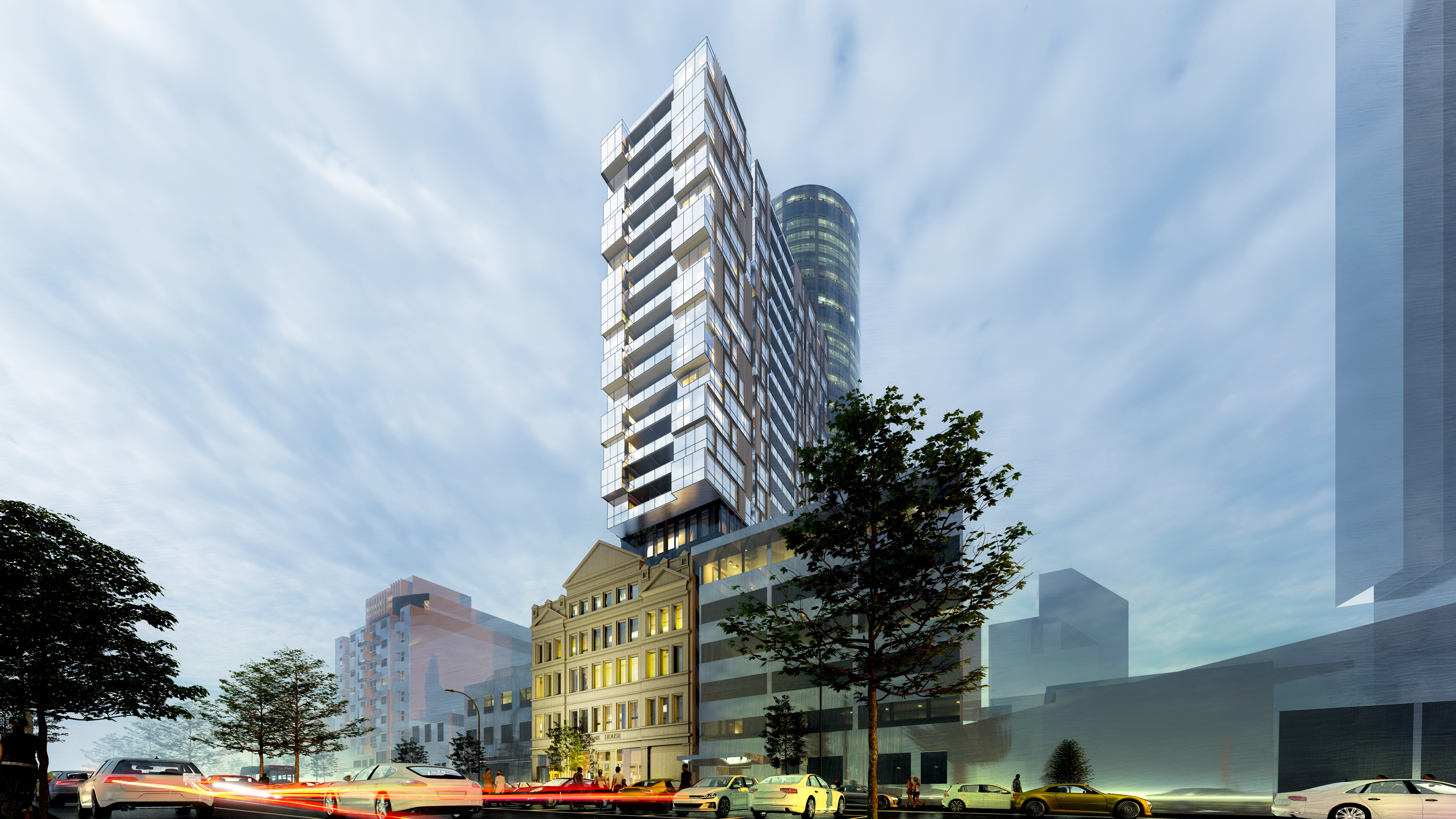 Colliers International's Oliver Hay, Daniel Wolman, Leon Ma and Trent Hobart have been appointed to broker the property which sits on 1016sq m of land. Mr Hay noted the scarcity of sites in the CBD market this year with approval for development.

"Not only are the existing building and improvements highly sought after for any add-value investor or owner occupier, but the mixed-use development permit adds further value to the asset," he said.

Central Melbourne's development market is showing signs of thawing after the long hibernation brought on by the pandemic. Developer Time & Place is pursuing a 62-level apartment tower in Southbank after buying a site on Queensbridge Street for $29 million.

On another Queensbridge Street address nearby, a Chinese developer is hoping to recoup as much as $100 million for a super-site with approval for a two-tower development.